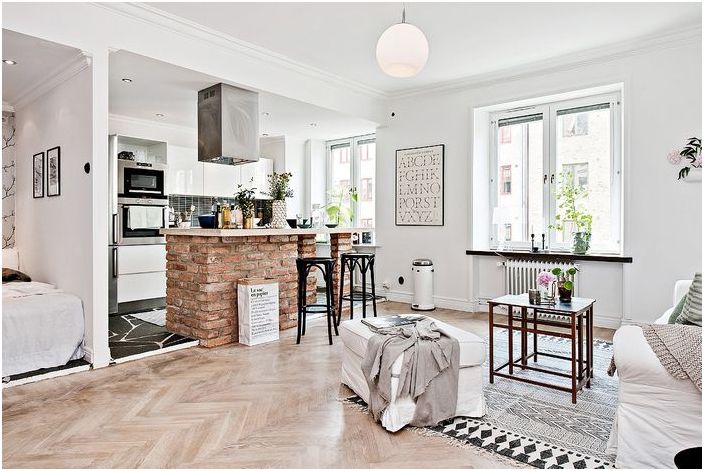 How to make a budget repair in an old small size, visually enlarge it and use every corner effectively? These are the questions Scandinavian designers often face. We learned how they cope with the assigned tasks by examining the interior of a small-sized box, which is located in a very old house..

The story of one small apartment 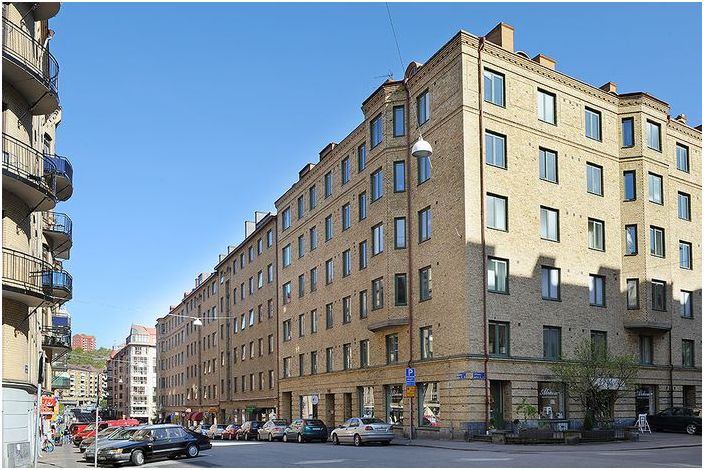 The house was built in the 20s of the last century

The small size, which will be discussed today, is located in one Swedish house, built in the 20s of the last century. In order to preserve the historical value of the apartments, part of the brickwork was exposed. This gave the interior a certain charm and helped create an interesting atmosphere. Part of the stone floor was also left intact. He became a zoning element between the living room and the kitchen.. 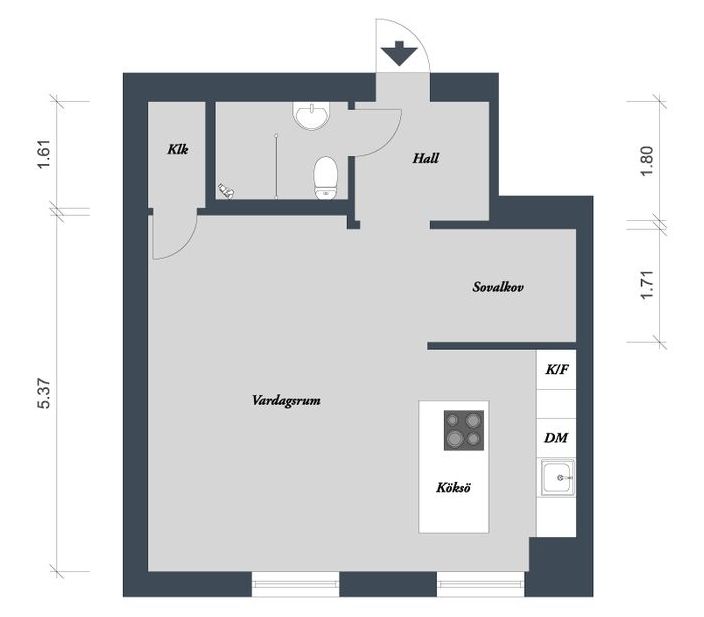 Layout of a small size 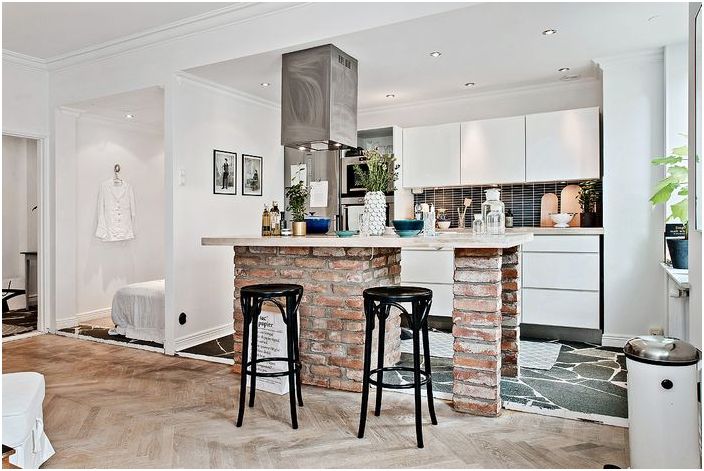 Stylish interior of a small apartment 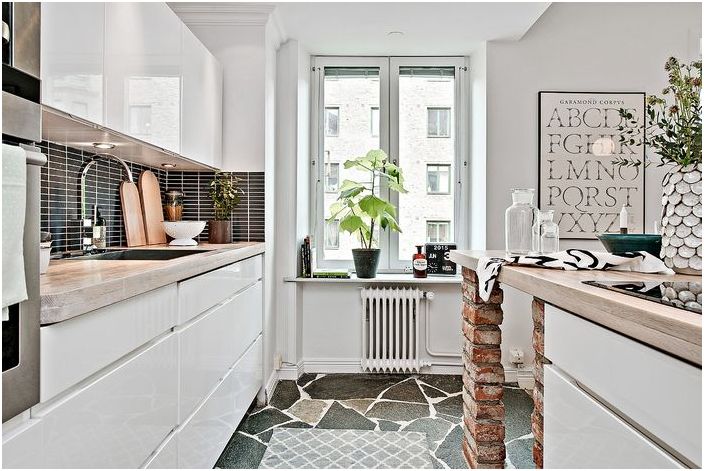 Part of the floor was also left in its original form.

From the wall to the kitchen island 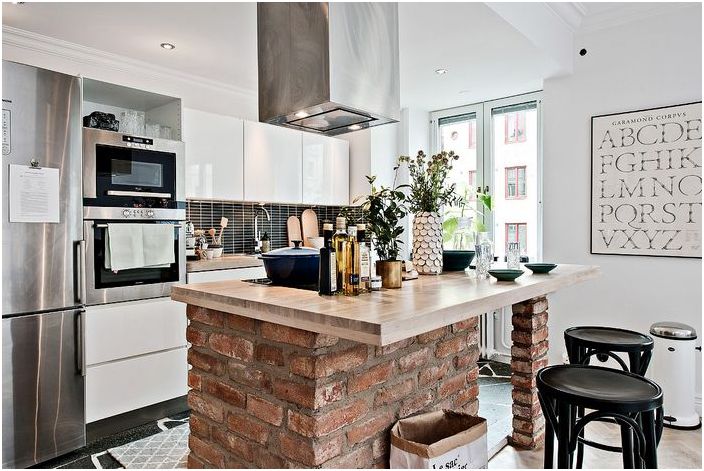 Part of the old wall turned into a kitchen island

The apartment originally had an inconvenient arrangement of rooms, and they were all tiny and uncomfortable. Therefore, it was not done without redevelopment. During the demolition of the walls, beautiful brickwork was discovered, which it was a pity to destroy. So the idea arose to make a compact and spacious kitchen island out of a part of the wall. It serves as a work surface, serves as a dining table and visually denotes the kitchen area. 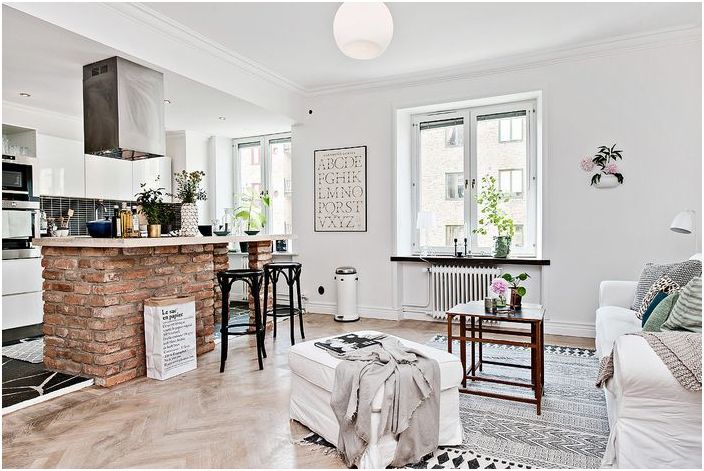 The kitchen island acts as a zoning element 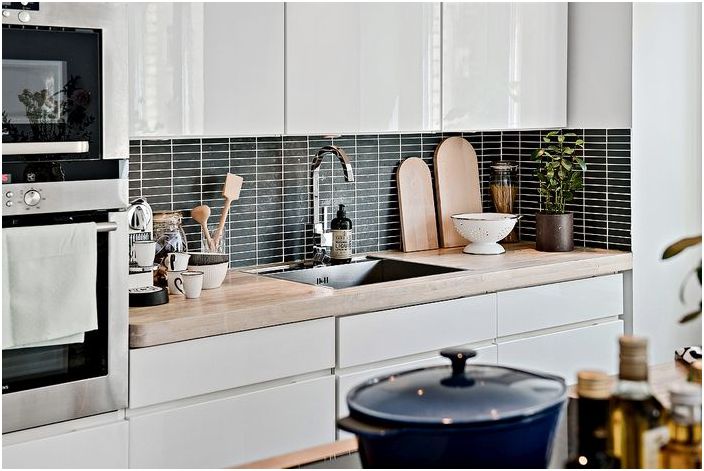 They decided to get rid of the doors throughout the apartment, leaving them only in the bathroom. This filled the entire apartment with light and made it visually larger. The owners of the small size are lucky that the bedroom is almost isolated; it is separated from the kitchen and hallway by walls, which makes its interior intimate. For a change, here they made an accent wall of wallpaper purchased at a sale. Perhaps this is the only place where the wallpaper was involved. 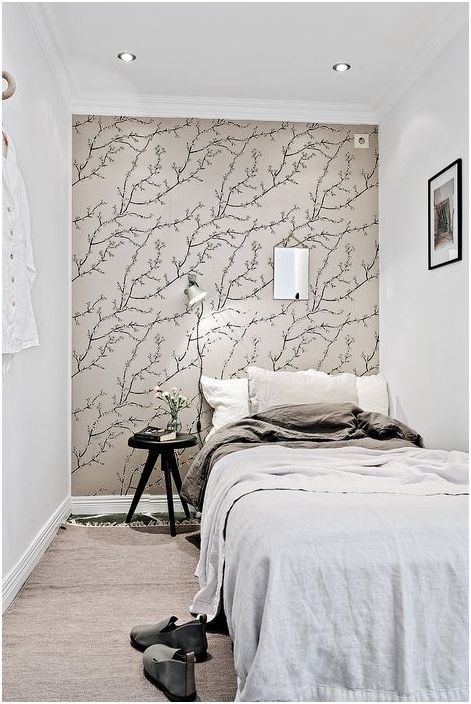 Accent wall in the bedroom 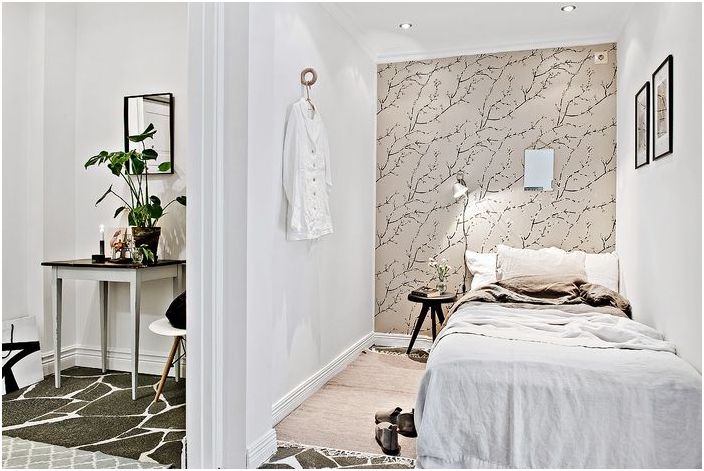 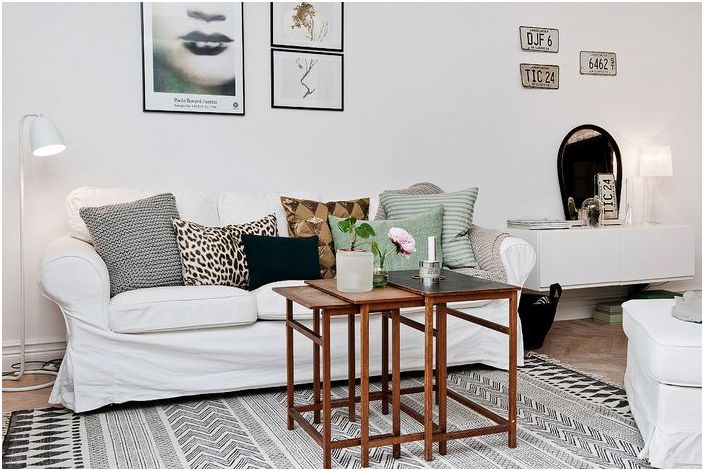 The living area is decorated in a restrained and laconic way, but it has its own personality. This is indicated by the versatile pillows on the sofa. Some of them are woolen, others are knitted, others with leopard and geometric prints. This speaks of the creative nature, most likely, of the owner of the apartment. The sofa and armchairs are made in neutral white..

There are also several antiques in the living room that underline the rich history of the apartment. Wide ceiling moldings, which remained intact during the repair, also tell about her.. 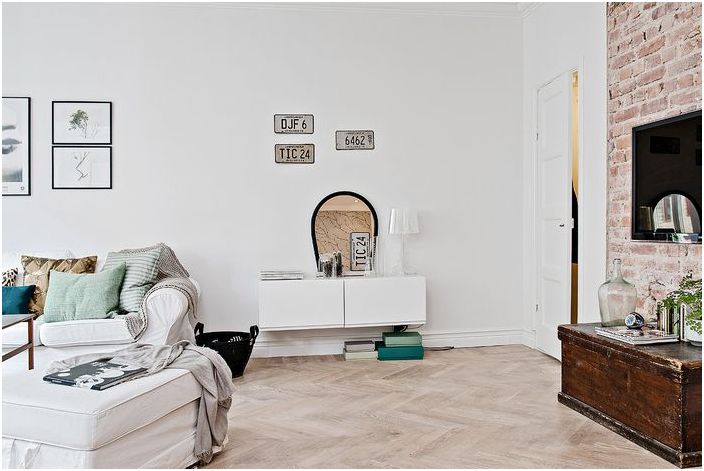 The living room is done in neutral shades 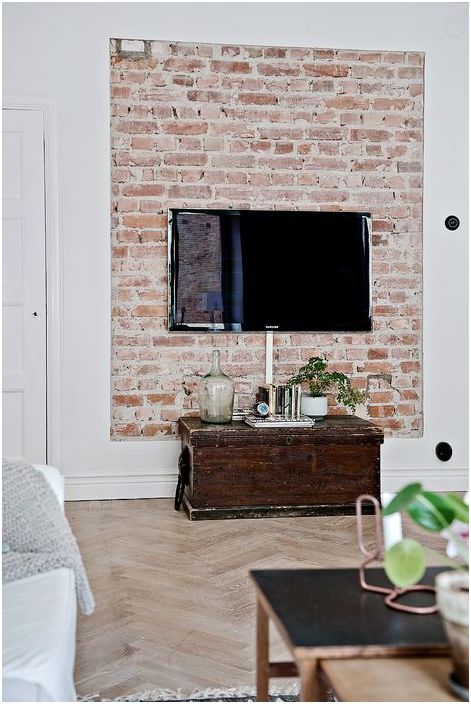 Part of the brickwork was exposed

In general, the interior of the apartment turned out to be modern, but it was possible to retain a special charm in it, which refers to those distant times when this house was built. 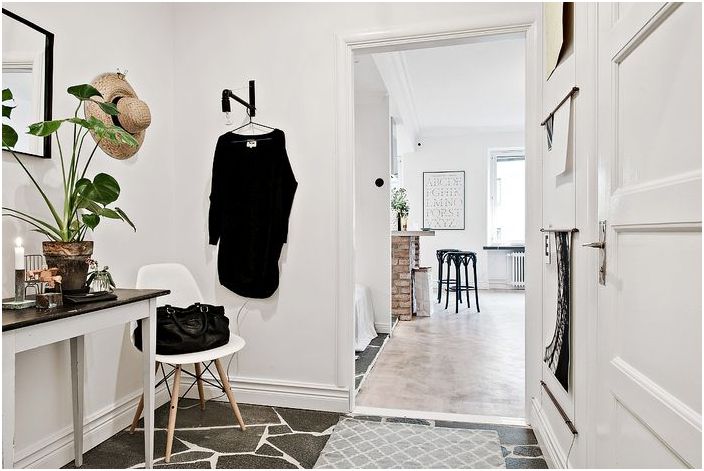 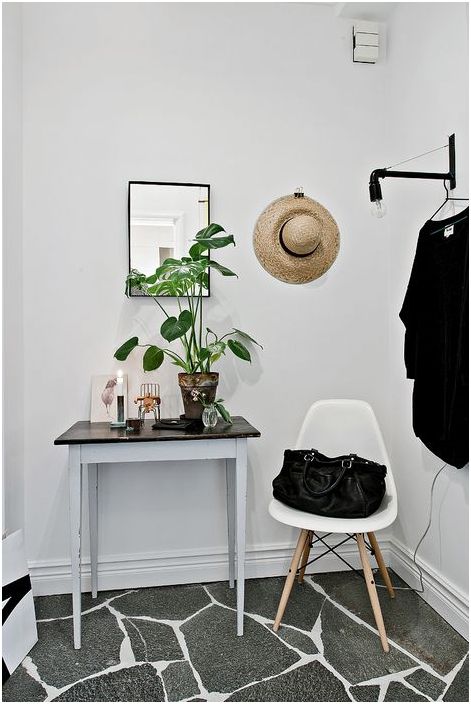 Corner in the hallway 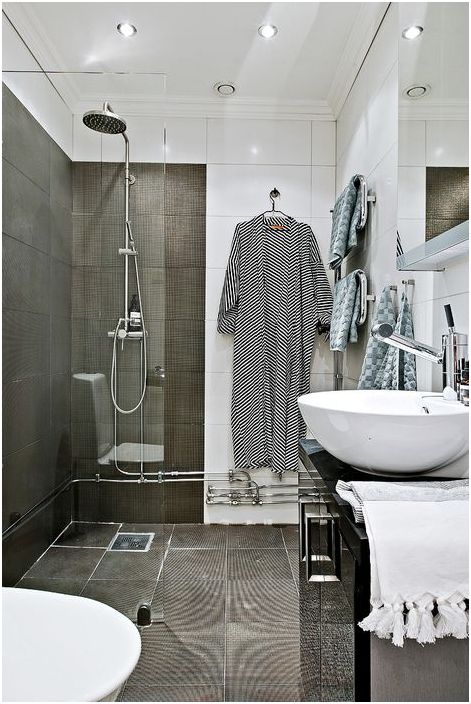 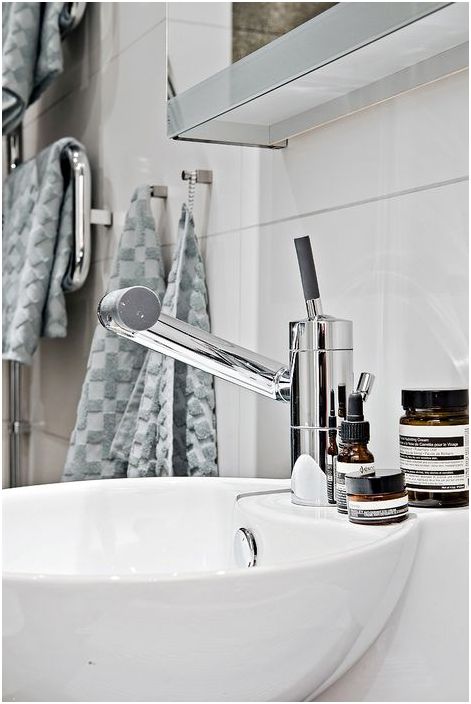 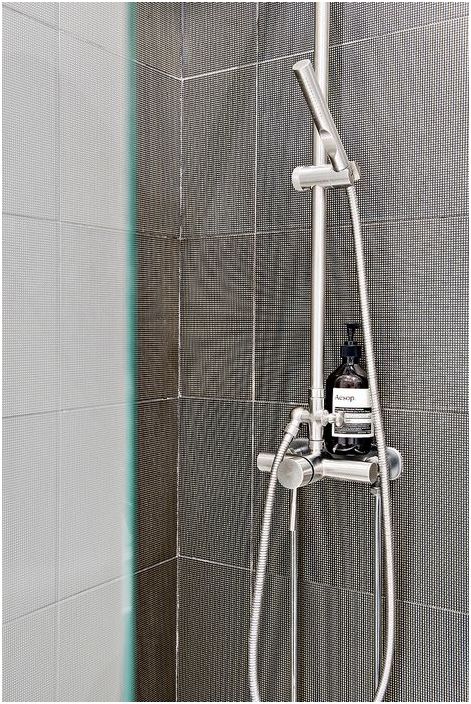 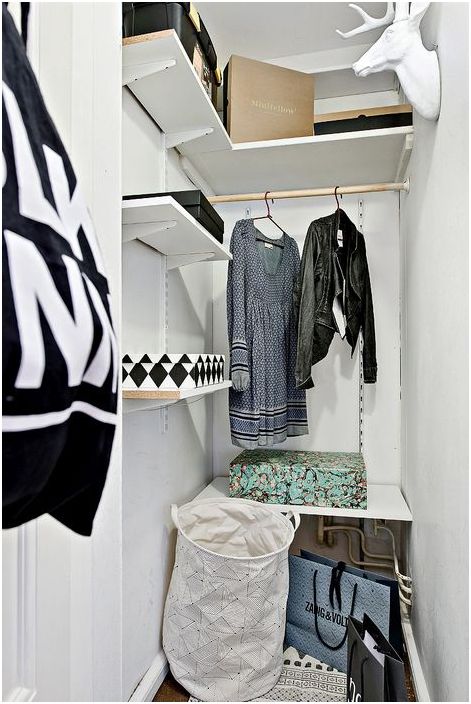 There are other interesting examples of how you can remodel an old apartment for little money. One of them is a small size in Spain, which was repaired without redevelopment..

Loft in an ordinary apartment: stylish apartment in Moscow

Loft style on the example of an apartment

Small apartment in a Scandinavian style: beautiful and comfortable

Luxury apartment in Miami by the blue sea